Brazilian businesses typically carry 2 sets of books.  This system is called CAIXA DOIS and is literally TWO BOXES.  I think they are referring to having 2 cash boxes. ( registers ) One box for the tax man and then there are the real books.  The government here does not put you in prison if they catch you. They just make you pay the back taxes.  They figure that’s bad enough.  And I bet it is after they end up levying all the extra charges.  Thus it is pretty common to avoid taxes since they penalize the shit out of you for being productive here if you are stupid enough to admit it. 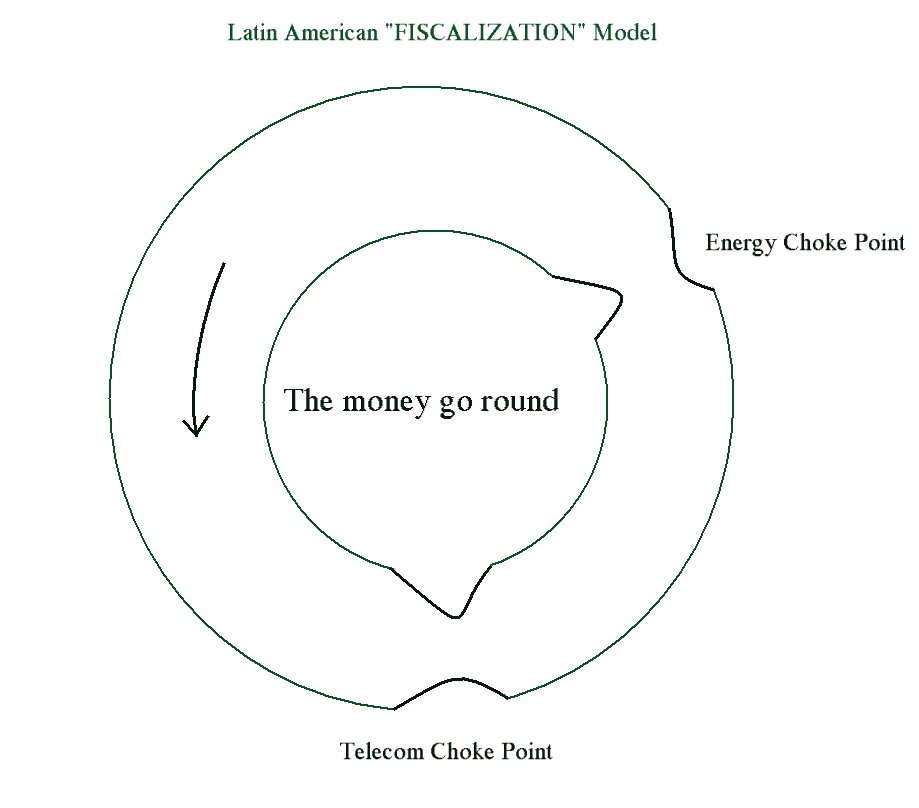 Money travels in circuits just like electrons in an electronic circuit.  This is the MONEY GO ROUND After having been here a while I believe the above choke pointed torus money go round model applies to their taxation system.  The government does not want to get into micromanaging and all the associated work. What do they do?  It is so much easier to just tax the choke points where people have so few options that they can not avoid paying the taxes.  Energy? … what are you doing to do drill your own oil well? Thus by having the state oil company be a monopoly they can get a close eye on the books and get a large cut of the take.  Gas generally costs 2X what it costs in the USA.  Everyone drives a small car as a result.  I think electricity is probably the same although I have not yet paid an electric bill  here to know.  I’ll look at one and see what I can find out. Telecommunications?  Same story. A cell phone call here costs on the order of 30 US Cents per minute!  You need not wonder why Carlos Slim is one of the worlds most richest men.  His American Movil bought into a Brazilian choke point concession! 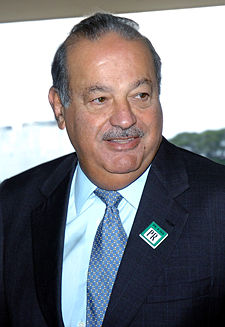 Carlos is not so very slim after all. I love conspiracy.  But since its out in the open with big and dumb government no one dare call it conspiracy!  No one cared.  They just call it practicality. And now its very easy to see why the unDemocrats in the USA love the idea of global warming.  It allows for more of a strangle hold on energy supply.  They will use any and every method. With the internet reshaping everything in a more libertarian style they will be forced to do it.

[…] You can follow any responses to this entry through the RSS 2.0 feed. You can leave a response, or trackback from your own site. Leave aReply […]

The US Federal Reserve by Eustace Mullins

Links "So It Was a Hoax?" – Fox News' John Roberts Caught on Hot Mic Discussing COVID-19 Mortality Rate – local mp4 copy for when Youtube deletes the verstion uploaded to it. Let's see how long Read more…