Assuming that the b vector is equal in the

dimension and conveniently using the same values as the system matrix:

Using the results of the Cramers rule page:

dimension.  The zeros in the cofactor vector make the other components irrelevant.   This solution can be interpreted as

dimension being the number of "brick" volume units that b sweeps out with the cofactor represented hyper-area.   The

dimension solution of 1 says that 1 brick volume unit is swept out.  That is easy to confirm in this case as volume with

Matrices with nonzero off diagonal elements

The 2 dimensional determinant of a matrix can be interpreted as the area of a parallelogram as shown in the following diagram.

The parallelogram above corresponds to the following matrix

…. the following describes and summarizes the result 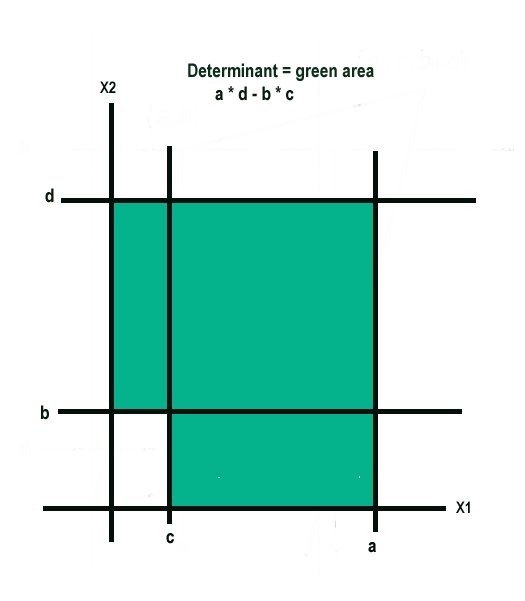 Wow! We must be deep in the direction cosines without even noticing!  Let us try another point of view. 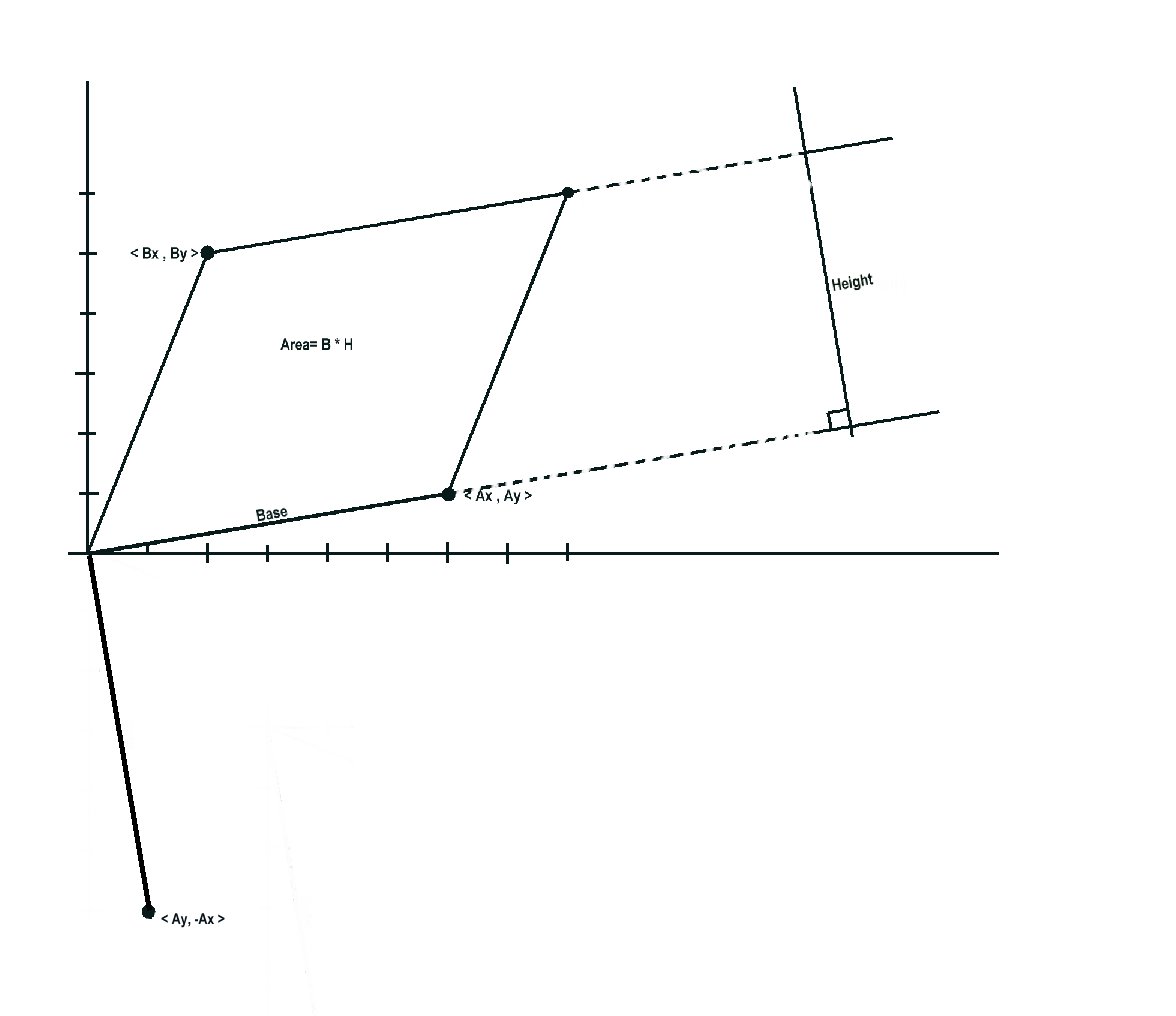 The area of the parallellogram = Base x Height.  We could project the B vector onto a unit vector orthogonal to the base.  Or better yet we could project the B vector onto a vector of the same magnitude as the A vector that is orthogonal to A.  Well that is easy.  Just form that vector by spinning the A vector 90 degrees.  The result is < Ay , -Ax >.  Now you can calculate the project of B on this orthogonal vector by forming the dot product.  That is:  < Bx, By > * < Ay, -Ax> = BxAy – ByAx which of course looks like the determinant of a matrix because it is!  It corresponds to the following matrix:

This carries on through higher dimensions.  Below depicts a 3 variable system.

The rows r1, r2, r3 are vectors each. The various summations taken 1, 2 and 3 at a time define a parallelepiped.

The following excerpt is from X and may yield some insight when maximum entropy principle is applied. ( still working on this )