The Evolution of Religion

ZOROASTRIANISM begat Judaism begat Christianity and then sometime after that one or the other begat Islam.  Much later arose Mormanism.  Before Judaism there was something else if you actually take the time to delve into the matter.

Its very similar to single celled organisms developing into fish that eventually evolved into something else.

I grew up in the substrate of a Judeo Christian society. I do not feel resentment against believers.  God only knows I probably would have been decapitated if I had been born in a Moslem country if I dared expressed my rampant athiesm.

The funny thing is its you liberals that tend to sound athiestic in your policies but then invoke Judeo Christian values when you high handedly impose your socialist fecal matter. 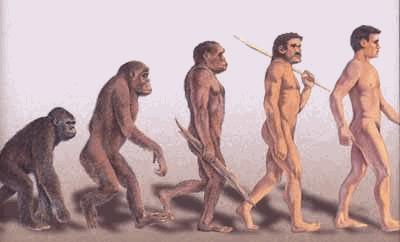 Homo Erectus ?  Don’t ask me.  I have a no ask, no tell, no see and especially no schmell policy on this issue.