Imagine a jar of peanut butter.

This is a metaphor for all of government spending. When the government taxes the evil oil companies its like smearing peanut butter on them.  It may make you feel good but in reality they have to get the money to pay from somewhere.  They get the increased cost from the people they sell to.  These people pass on the increased cost to others.  Thus even if you never buy a single drop of oil you are paying the extra cost.

Thus when you smear the oil companies with taxes you are smearing yourself with taxes.

Now imagine how foolish you look when you say “We gotta tax those oil companies”.  Your subconscious self loathing is like a parade on display for me.  I see it that clearly.

You should imagine smearing yourself with a nice full fresh jar of Skippy peanut butter and screaming NAR NAR NUNG WAY NAR.   Smear it all over you until you feel good !

When you do this now you know you look like a retard engaged in some sort of misguided scat play. 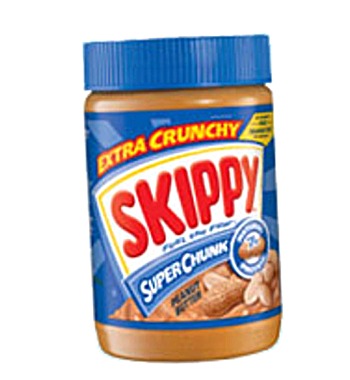 Regression to the Mean

Research Links Regression to the Mean