Derivation of the Normal Gaussian distribution from physical principles

In many physical systems the question arises what is the probability distribution that describes a system with a given expected energy E  over the interval from -infinity to + infinity?     Again you will use the maximum entropy principle to determine this.

The constraints are as follows:

The langrangian is formed as follows:

….setting equal to zero to find the extrema point

Now the problem is to solve for the lambda coefficients.   I use a trick.  I assume the curve centered at the Y axis.   The curve must have the same amount of entropy on the left side of the Y axis as on the right or entropy will not be maximized.  Because the polynomial is even degree the probability curve must be "even"….that is symmetric about the Y axis.  That reduces the previous langrangian to:

…..which you will recognize as the gaussian distribution

Using the identity and setting it to 1:

The resultant distribution is:

which is the normal distribution.

Now for the other coefficients the job is made easier by observing the distribution can only retain this even about the mean form if  the polynomial is in the form :  (x-mu)^2  : this form can propagate along the X axis without distribution shape change.  Gaussian wave packet can not change shape because it is already max entropy.  If it changes shape it decreases entropy which requires force and increases its energy.  But that would be a change in state which we are assuming is not happening. 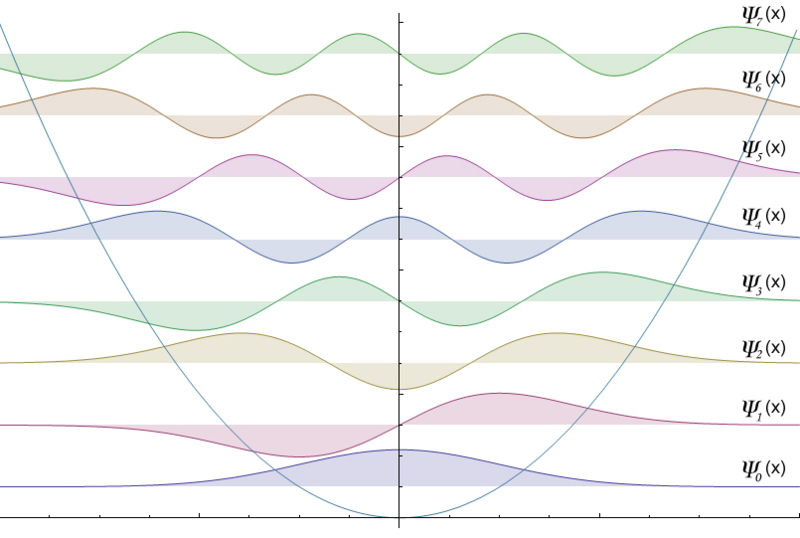 Presented by Edward Farhi. Money, either in the form of bills or information on a computer, should be impossible to copy and also verifiable as good money when tendered to a merchant. Quantum mechanics may Read more…